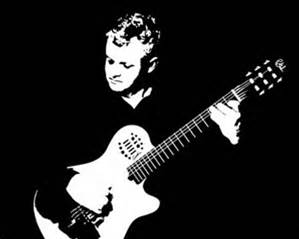 Although usually considered a classical guitarist, Keith’s musical diversity can be attested to: He has jammed with Jazz master Jim Hall and opened for artists such as Surf legend Dick Dale and Flamenco virtuoso Juan Serrano. A deep interest in Indian rhythms has led to studies and performances with percussion virtuoso Selvaganesh Vinayakram (Remember Shakti, Arka, etc.).  As a guitarist in the US Army band program, Keith toured as part of Jazz and Rock bands. He even grew up playing in bands during the formative years of Punk Rock in Central California.

Keith teaches guitar at Wall High School in New Jersey and was presented the Outstanding Teacher Award from The College of New Jersey. He has also taught at USC, Drury University, Monmouth University, Kean University, Brooklyn College, Harford Community College and Ocean County College. Mel Bay Publications has published several of his books, including Guitar Music of the 16th Century, Sacred Solos for Classical Guitar and The Eight Masterpieces of Alonso Mudarra.. Keith endorses Godin Guitars and strings and K & K acoustic pickups. He also performs on a  guitar built for him by Kristopher Barnett. His interests include the 21-string Classical harp guitar.

“Varied and innovative…a real artist, his primary concern is the music, first and foremost.” The Aquarian