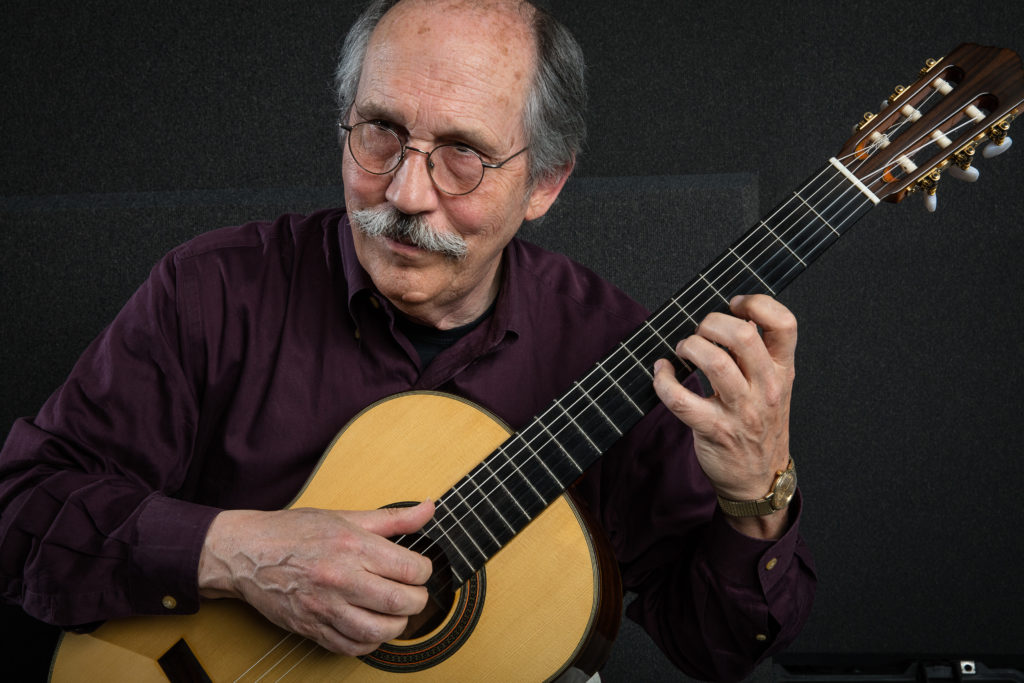 Joseph Mayes was self-taught until 1963 when he began his studies with Mr. Peter Colona at the Settlement Music School in Philadelphia. In 1968, Mr. Mayes was awarded an invitational scholarship by the government of Spain to study with the internationally renowned concert guitarist Andres Segovia. Mayes holds degrees in guitar from Thomas Edison College and Shenandoah University. He has performed at prestigious venues both in the United States (Carnegie Recital Hall) and in Europe (the Wigmore Hall, London). Since 1972, Mr. Mayes has been on the faculty of Rowan University where he teaches Guitar, lute, vihuela, and mandolin. With his wife Kathleen, as the Mayes Guitar Duo, he has performed throughout the United States and the Caribbean. The duo recently premiered the work, “On the Heath,” a three-movement duo for renaissance lutes written for the duo by Ronn McFarlane, and “Sayings of Yogi” a song cycle for two guitars and tenor based on the quotes of Yogi Bera, by Roger Hudson. Mayes’ solo recordings span the complete range of the enormous repertoire for the guitar and lute. The Mayes Guitar Duo has released two CDs: Sketches for Two and Romance. They appear regularly at festivals and university concert series. Joe is also published with Mel Bay.