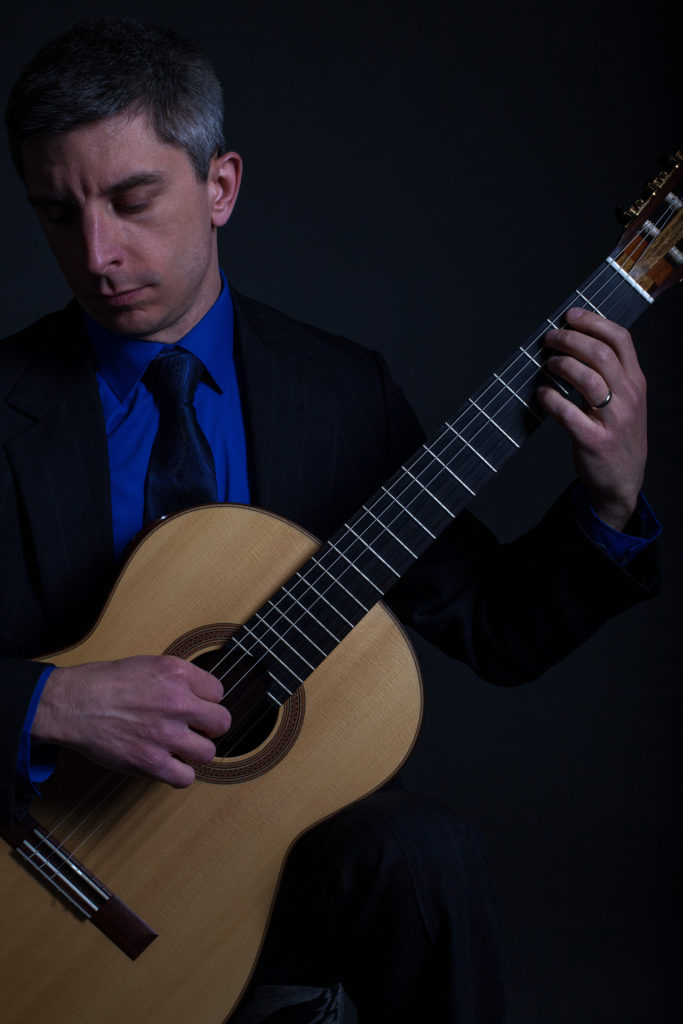 Kevin J. Cope (b. 1981) started as a youthful heavy metal guitarist inspired by the likes of Megadeth and Metallica. His tastes grew into the more intellectual bands such as Symphony X and Dream Theater as well as the more psychedelic progressive rock of YES. Through exposure to the classical greats of the 20th century such as Igor Stravinsky, Alberto Ginastera, Richard Danielpour, and John Corigliano his own composition style became more complex while still maintaining a connection to the rock and metal music that he still loves to this day. His unique style incorporates everything from serial techniques, free atonal, Latin dance, Arabian scales, and metal.

Kevin’s first CD Destination Unknown, Original Compositions I, Solo Guitar Vol. 1 was described by Classical Guitar Magazine as “a fascinating and stimulating debut that gets better and better the more you listen to it” while describing Kevin’s compositions as: “Though there are certainly nods to less conventional modern strains, and a certain dark solemnity…infuses much of this, it still ultimately feels very accessible.”

Kevin’s works are available for purchase from StringsbyMail.com, Sheet Music Plus, and KevinJCope.com. Recording releases include Destination Unknown (Solo Guitar Vol. 1), Origin Unknown (Chamber Guitar Vol. 1) as well as recordings by others including the saxophone and guitar duo composition “Origin Unknown: A Pole Was Journeying,” recorded and released by Duo Montagnard and the solo clarinet piece “Sirocco” recorded and released by Christopher Nichols and Navona Records.