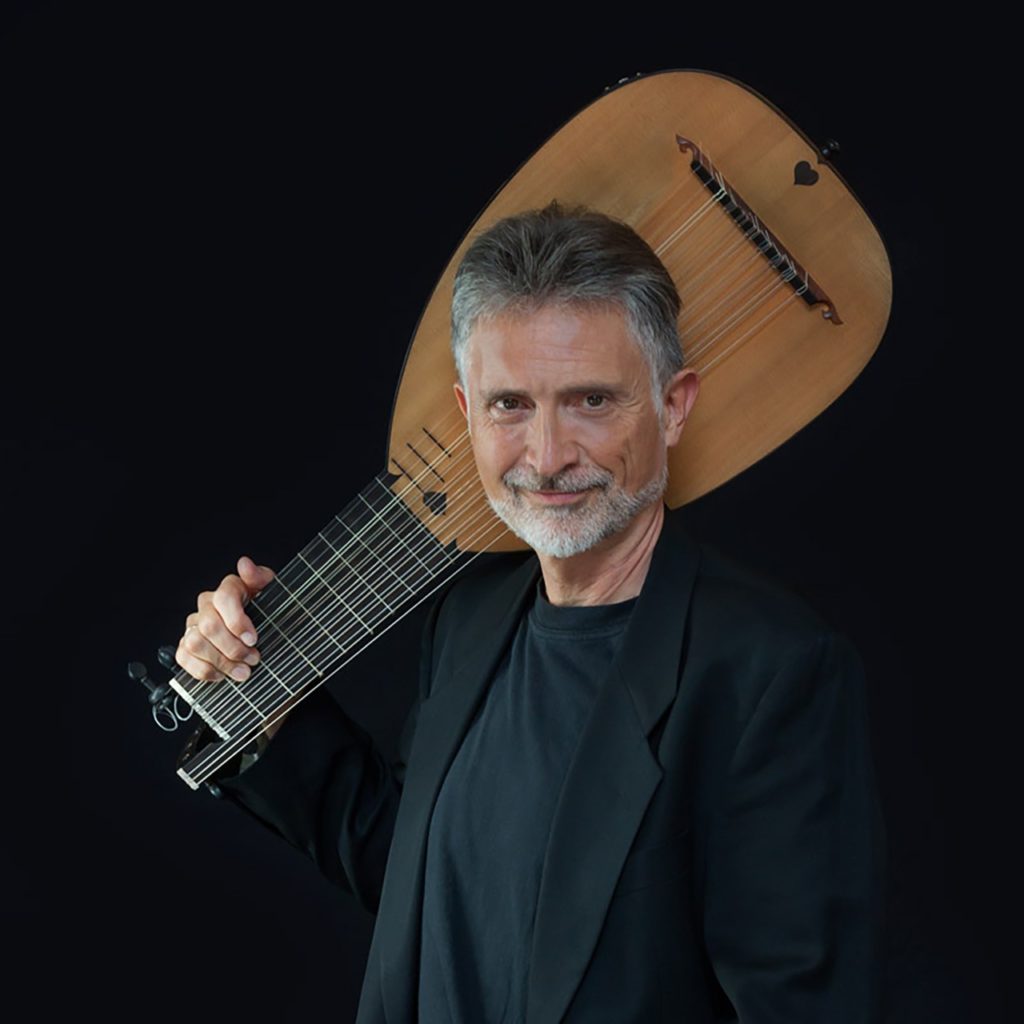 GRAMMY-nominated lutenist, Ronn McFarlane brings the lute – the most popular instrument of the Renaissance – into today’s musical mainstream making it accessible to a wider audience.

Since taking up the lute in 1978, Ronn has made his mark in music as the founder of Ayreheart, a founding member of the Baltimore Consort, touring 49 of the 50 United States, Canada, England, Scotland, Netherlands, Germany and Austria, and as a guest artist with Apollo’s Fire, The Bach Sinfonia, The Catacoustic Consort, The Folger Consort, Houston Grand Opera, The Oregon Symphony, The Portland Baroque Orchestra, and The Indianapolis Baroque Orchestra.

Born in West Virginia, Ronn grew up in Maryland.  At thirteen, upon hearing “Wipeout” by the Surfaris, he fell madly in love with music and taught himself to play on a “cranky sixteen-dollar steel string guitar.”  Ronn kept at it, playing blues and rock music on the electric guitar while studying classical guitar.  He graduated with honors from Shenandoah Conservatory and continued guitar studies at Peabody Conservatory before turning his full attention and energy to the lute in 1978.

McFarlane was a faculty member of the Peabody Conservatory from 1984 to 1995, teaching lute and lute-related subjects.  In 1996, Mr. McFarlane was awarded an honorary Doctorate of Music from Shenandoah Conservatory for his achievements in bringing the lute and its music to the world.  He has over 40 recordings on the Dorian/Sono Luminus label, including solo albums, lute duets, flute & lute duets, viola da gamba & lute, lute songs, the complete lute music of Vivaldi, a collection of Elizabethan lute music and poetry, and recordings with Ayreheart and the Baltimore Consort.

Ronn has composed new music for the lute, building on the tradition of the lutenist/composers of past centuries.  His original compositions are the focus of his solo CD, Indigo Road, which received a GRAMMY Award Nomination for Best Classical Crossover Album of 2009.

Ronn’s most recent solo album, The Celtic Lute, features his arrangements of traditional Scottish and Irish music from the 17th and 18th centuries.