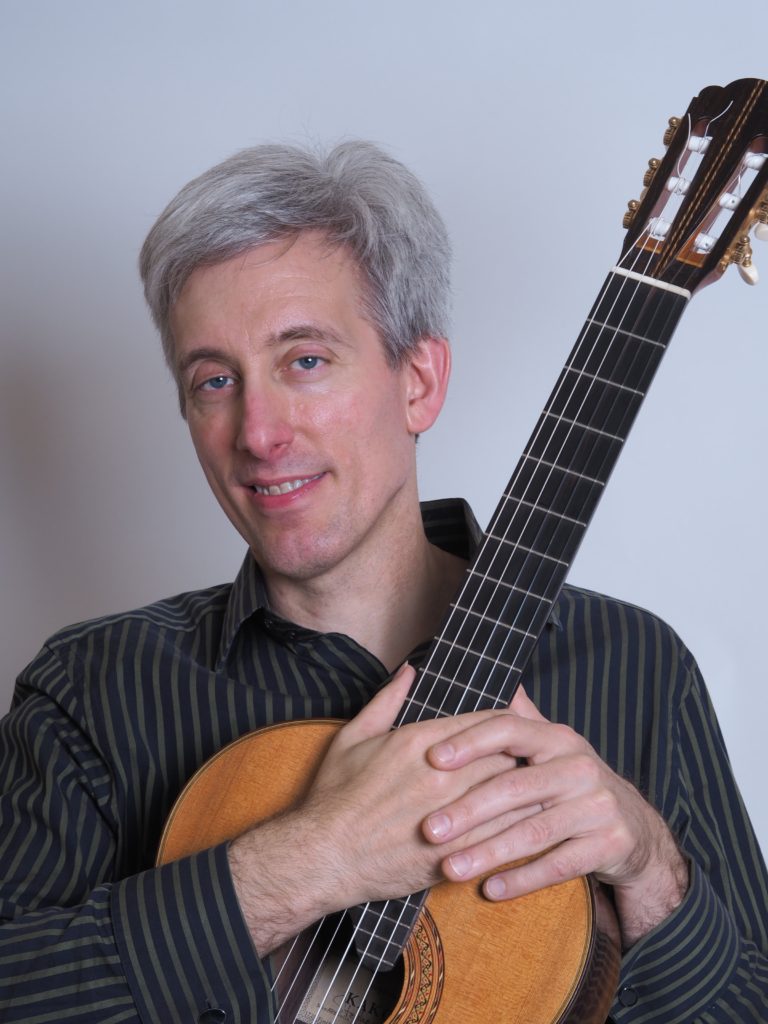 Joseph Hagedorn teaches Applied Guitar, Class Guitar and directs the Guitar Ensemble at UW-River Falls. Since his career was launched by winning the 1990 Guitar Foundation of America solo competition, Joseph has maintained an active performing career as a soloist and chamber musician. Praised for his passionate performances and flawless technique as well as his varied programs — on guitar and Renaissance lute — Joseph’s solo and concerto appearances have taken him to more than 25 American cities and to Canada. In 1995 he was awarded the Minnesota State Arts Board Fellowship and is now a performing member and the Managing Director of the Minneapolis Guitar Quartet. www.minneapolisguitarquartet.com

With the passion, style, and musical sophistication borrowing from the best chamber music and string quartet traditions, the Minneapolis Guitar Quartet has successfully made its case as one of the world’s leading guitar ensembles since its founding in 1986. “Flawless, musical and witty” (Classical Guitar Magazine, England), the MGQ has performed throughout the United States both in recital and concerto appearances, balancing a dizzying array of first-rate repertoire ranging from Renaissance and Baroque to Spanish, Latin American, and Romantic, to highly imaginative existing and commissioned contemporary works. Cutting-edge composer/performer Daniel Bernard Roumain, one of more than 20 composers commissioned by the MGQ, calls the group “more than a guitar quartet, more than superb musicians, and more than a great chamber group. They are ambassadors of sound, style, and substance.”

Joseph has also performed regularly with Violinist Leslie Shank as the Shank-Hagedorn Duo since 1989 with concerts in Colorado, Minnesota, Oregon, Wisconsin, California and Mexico. They have performed on the nationally broadcast Saint Paul Sunday with host Bill McGlauglin and premiered new works written for them by Janika Vandervelde, Homer Lambrecht and Dean Magraw. Joseph Hagedorn earned the Bachelor of Music degree at Cornell College and the Master of Music from the University of Minnesota.