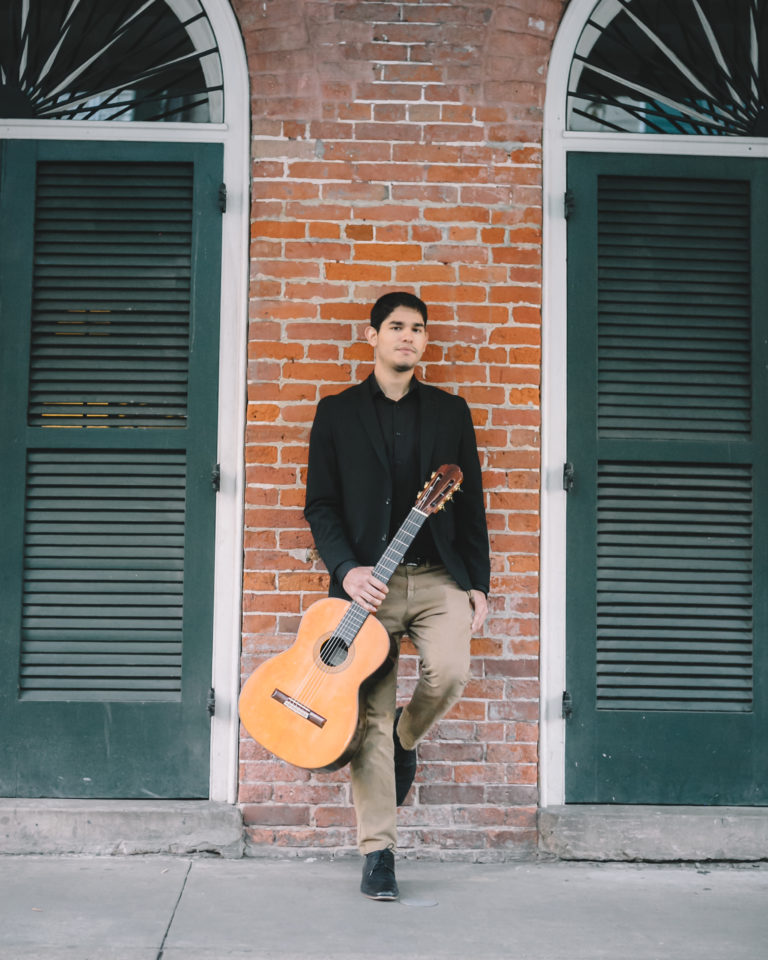 Brandon Carcamo is a guitarist, composer, and arranger from New Orleans. He completed his bachelor of music degree with an emphasis in composition at Loyola University New Orleans, where he studied under acclaimed classical guitarist Jay Kacherski. Besides being a solo artist, he is also currently part of the newly formed New Orleans Guitar Quartet, a classical guitar quartet in nature, but eclectic in style. Before his venture with classical guitar, Brandon had a background in jazz. Growing up, he embraced the musical heritage of his hometown and attended notable music institutions in the city such as the New Orleans Center for the Creative Arts (NOCCA), where he studied with jazz guitarist Davy Mooney. Brandon has also been involved in multiple musical projects in various styles, and it is this broad musical experience that has expanded his harmonic palette. He began composing in college, scoring music for film students. This experience helped Brandon find his voice as a composer, and he hopes to continue scoring for film, television, and video games in the future. It was soon after when Brandon began composing and arranging for the guitar, and his most recent accomplishment was in 2020 when he won the Austin Classical Guitar Ensemble Composition Competition for his piece, “Solace”. Brandon wants to keep writing for solo and chamber ensembles and seeks to diversify the repertoire of the classical guitar in new and refreshing ways.