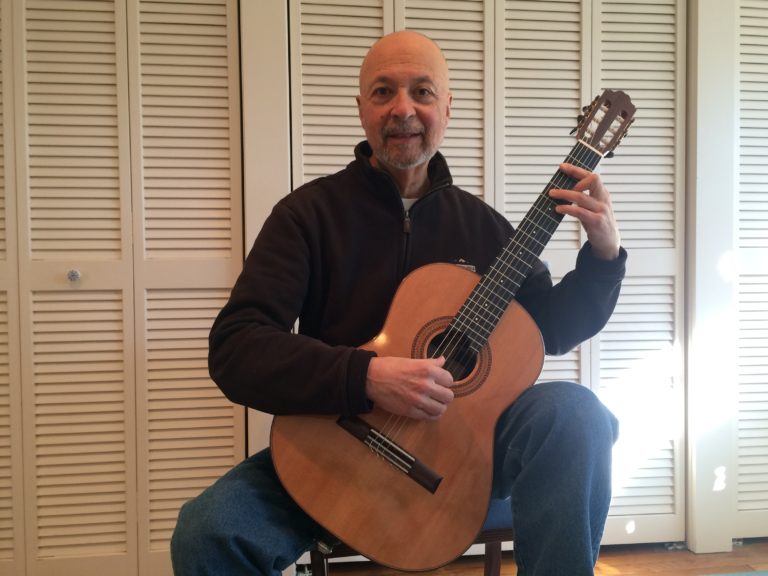 William is a career journalist now retired from his longtime position on the editorial staff of Newsweek magazine in New York. Mostly self-taught as a classical guitarist, he has been an avid player his entire adult life, beginning in the 1960’s while an undergraduate at the University of Wisconsin. To hone his skills and pursue his passion for the instrument, as a young man William lived in London for a year studying the guitar with famed composer/arranger John W. Duarte. William especially enjoys arranging for the instrument, and his rendering of the “Theme from Schindler’s List” was published by Warner Bros. Music. More recently he was drawn to the beautiful art songs of Edvard Grieg and began arranging them for voice and guitar to perform with his daughter Anna, a soprano. William’s new arrangements of three of the Norwegian master’s most famous songs — Jeg Elsker Dig, Solveig’s Song, and Våren — have been published by Guitar Chamber Music Press.