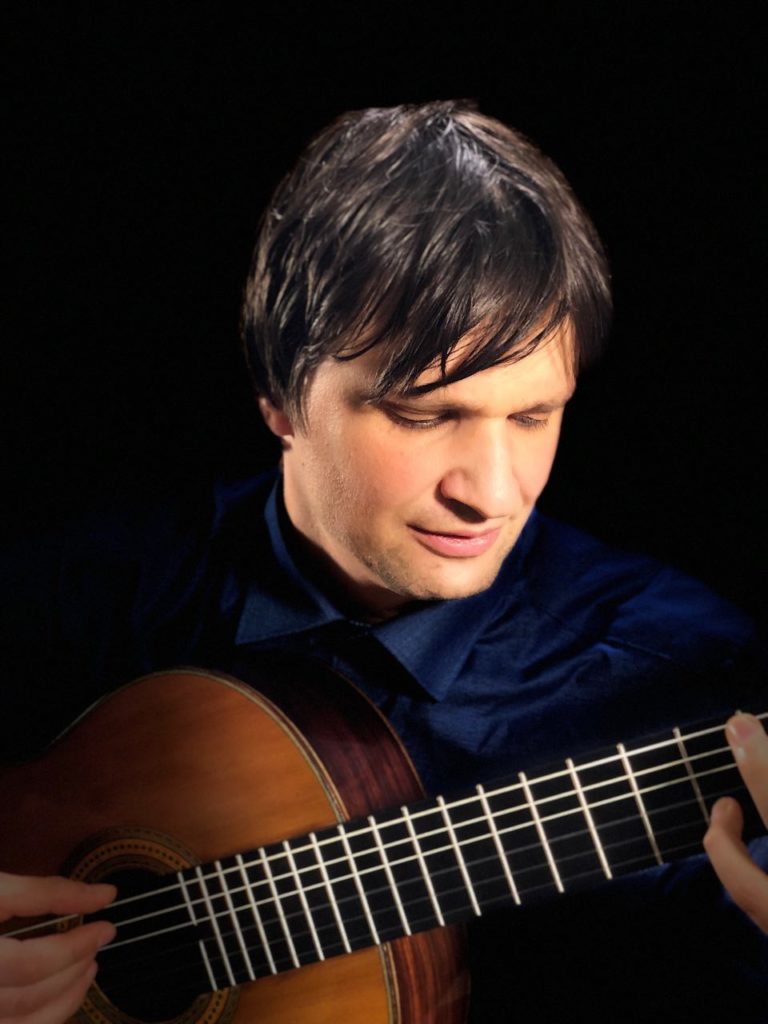 Vasily Antipov is a composer, guitarist, lutenist, and music theorist from Moscow, Russia. As the fifth of twelve siblings, he was introduced to classical music – Mozart, especially – by his father, who had an extensive record collection. At age twelve, Vasily received his first guitar (“leningradka”, a solid-top instrument made at the Lunacharsky Music Factory, Leningrad) and joined the local guitar club, where he quickly advanced to earn entry to Valery I, Lysenko’s guitar class at the district music school. Upon completing tenth grade, Vasily was accepted to the Tchaikovsky Academic Music College at the Moscow State Conservatory, where he studied guitar under Natalia N. Dmitrieva, graduating in 2000. That same year, Vasily began playing an eight-string guitar, custom-made by the Russian luthier Felix Akopov: Vasily earned acceptance to the Gnessin State Musical College, completing his bachelor’s degree in 2005. After graduation, Vasily served as Continuo Group Concertmaster of Teodor Currentzis’ Musica Aeterna Orchestra, the soloist (on guitar and mandolin) of the Bolshoi Orchestra in Moscow, and the soloist of the G. Mahler Philharmonic Society in Vienna. Since 2015, Vasily has been composing music for guitar, violin, flute and chamber ensemble. He is currently pursuing graduate studies (lute) under Yasunori Imamura at the Frankfurt University of Music and Performing Arts. In 2017, Vasily published his first work in music theory, “Music Theory: A New Approach, Introduction to Analysis of Musical Forms”. Beyond the music world, Vasily is an expert rope access climber and welder.