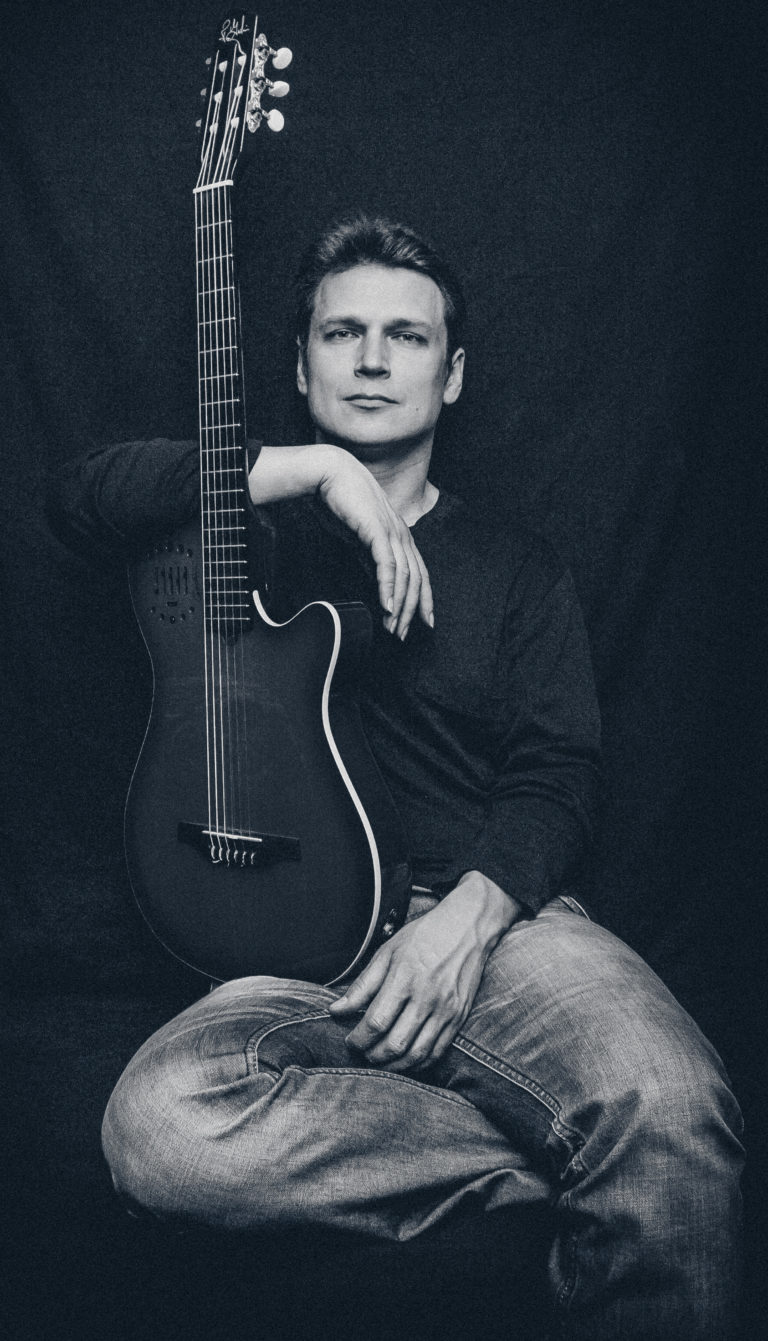 Oleg Boyko was born in 1976 in Ukraine and studied classical guitar in Ukraine as well as abroad. Since 1995, he has performed for international festivals and entered the ‘winners circle’ at international competitions several times. Oleg maintains an active performance schedule in former Soviet countries and Western Europe. His programs include music of multiple genres from Baroque to modern music, including Spanish and Latin-American music to jazz and blues.

Oleg performs in numerous ensembles including bands, strings quartets and symphonic orchestras. To date, he has recorded 7 solo CDs and is a founder of an International guitar festival. He is a frequent jury member of regional and international guitar competitions. Since 2000, he teaches guitar class in Chernigov Music College. Since 2012 he has composed guitar music including transcriptions of folk melodies, arrangements of famous jazz standards, music for kids and concert music.

In 2021, ‘Two Pieces by Oleg’ received high marks at the Baltic Guitar Festival, a classical guitar composition competition which was established in 2021 to encourage composers to create new works for classical guitar and to broaden the repertoire for the instrument. Allegretto and Allegro are 1st and 3rd movements of the sonatina, “Parabolic”, now published by AUURK Edition of Belgium. The chairman of the Jury, Gerald Garcia, describes the winning piece as “a tightly constructed piece, which keeps its tension until the very end. It also is a brilliant tango which is idiomatically written for the guitar.”