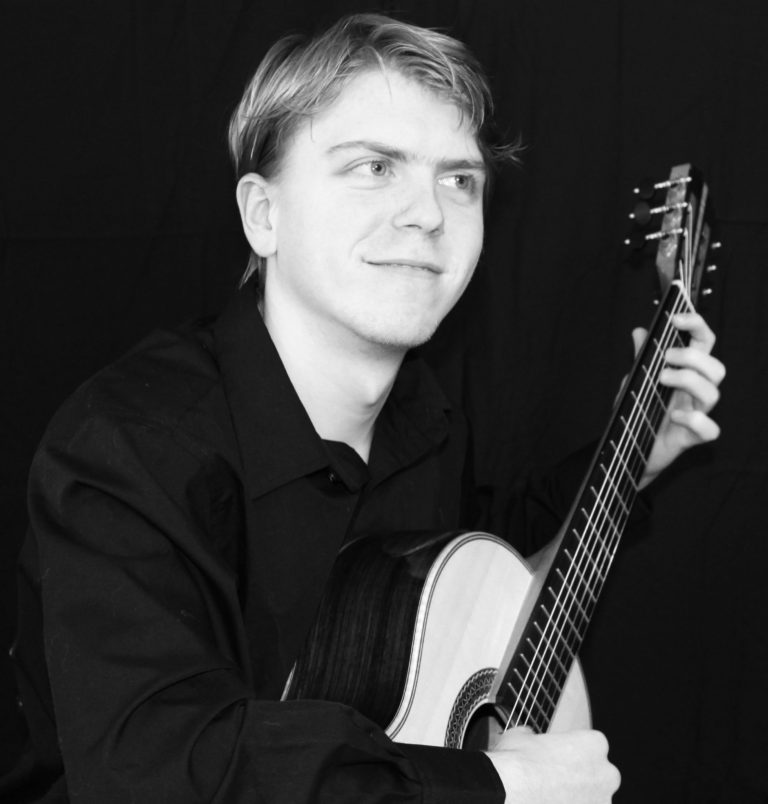 John Kossler started his guitar studies through the Suzuki Method with his father, William Kossler, at the age of four years old.  He eventually attended the North Carolina School of the Arts in Winston Salem, North Carolina, studying under Joseph Pecoraro.  Placing in competitions such as the ECU Guitar Festival in Greenville, North Carolina, the Young Arts Festival in Miami, Florida, and the Music Academy in Greensboro, North Carolina, John then attended Wake Forest University, studying under Patricia Dixon. During his education at WFU, he performed in European cities including Milan, Italy and Postojna, Slovenia.  He has also won the New York Artists International Competition for 2016, performing at Carnegie Hall.  John has just finished his Masters of Musical Arts degree in guitar performance with Ben Verdery.  Along with writing and arranging music, he currently teaches and performs throughout the country.