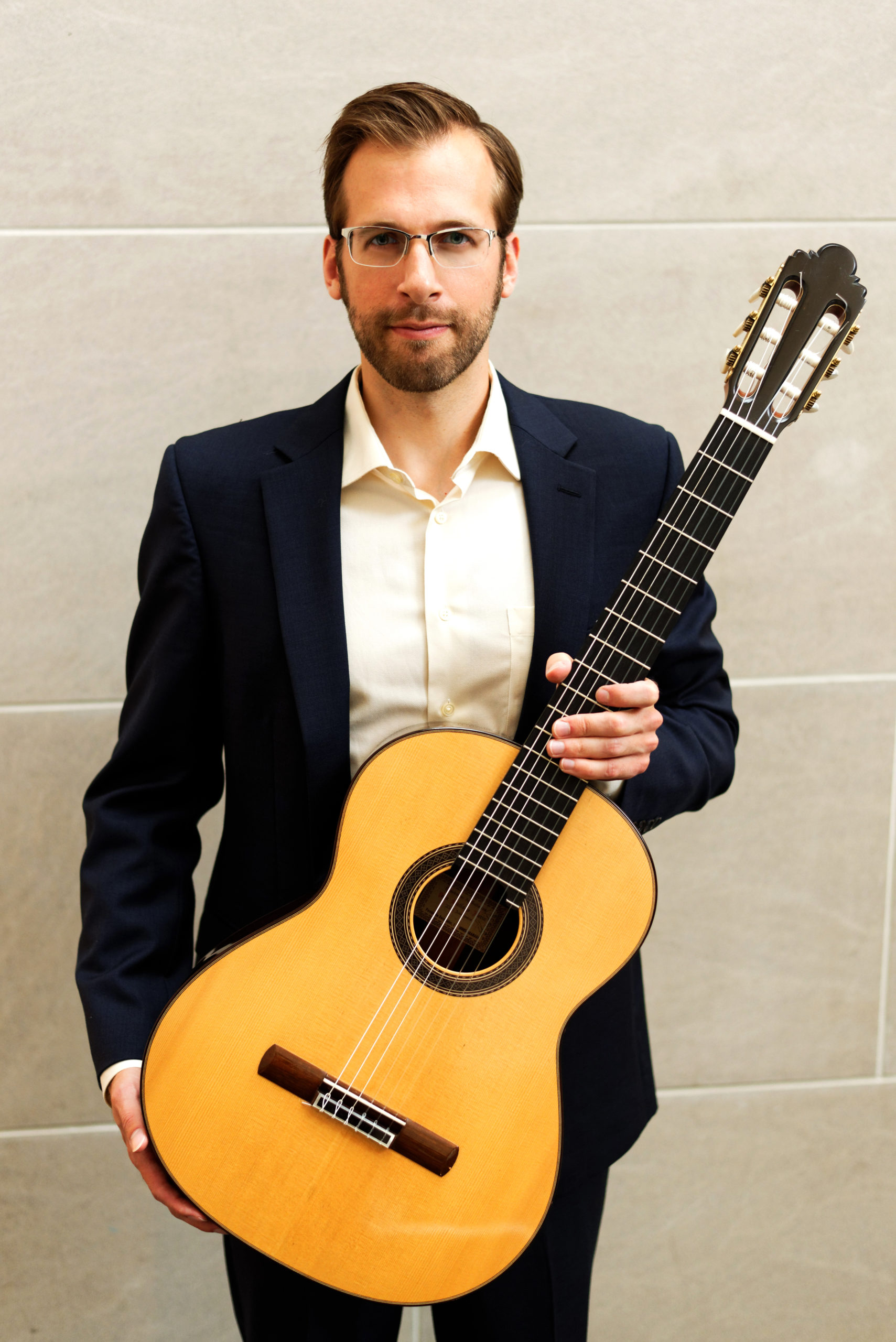 Dr. Gibelyou has taught a wide variety of music courses at Saginaw Valley State University and Delta College. He has performed and presented at the Dublin Guitar Symposium, Michigan Classical Guitar Workshop, and International Society of Bassists Convention. He has appeared as a soloist with the Mackinac Arts Council, the Third Place [MusicFest], and numerous guitar societies in Michigan, New York, and Wisconsin.

Erik earned his Doctor of Musical Arts and Performer’s Certificate at the Eastman School of Music, where he studied guitar with Nicholas Goluses and lute with Paul O’Dette. Erik studied guitar (under Javier Calderon) and music theory at the University of Wisconsin-Madison, and he studied with Brad DeRoche as an undergraduate at Saginaw Valley State University. For more information visit www.erikgibelyou.com