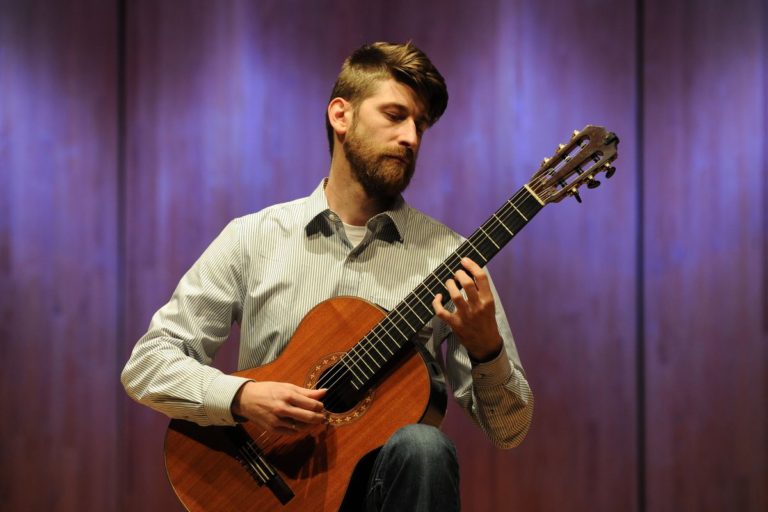 As a performer, Dr. Abdihodzic received top prizes in many international competitions: Columbus State Guitar Symposium, Appalachian State International Guitar Competition, Allegro Guitar Competition, Rosario International Guitar Competition, North Carolina Academy of Music Guitar Competition, Mississippi Guitar Competition, Pine Belt Guitar Symposium, Mississippi Federation of Music Clubs; and many other awards. As a composer/arranger, Dr. Abdihodzic was one of the finalists in KCACTF competition in Washington D.C. for his performance and original score written for Jules Tasca’s play “The Balkan Women.” Recently, he has appeared as a guest soloist with the Anchorage Civic Orchestra and the Kenai Peninsula Orchestra; as well as with the Anchorage Opera in the production of “Maria de Buenos Aires” by Astor Piazzolla. Besides being a full-time professor at the University of Alaska Anchorage, Dr. Abdihodzic is a frequent collaborator at the Karlovac Summer Guitar School (Croatia) and one of the founders of Bihac Summer Guitar Workshop (Bosnia and Herzegovina). He is also a member of Borealis Guitar Quartet (Anchorage, Alaska), Duo Alisio (with Josinaldo Costa), and commonly performs with local soloists and ensembles.

For more information and updated performance dates you can visit