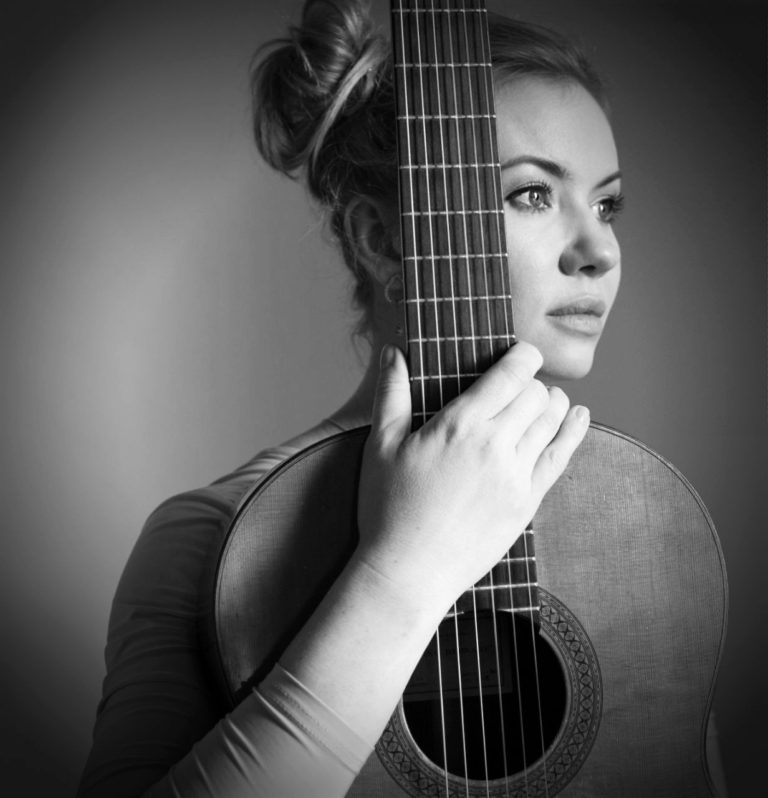 Anna Inozemceva began playing guitar at the age of 6 under the guidance of her father, Russian Vladimir Kolosov, a well-known teacher and arranger. Later, she studied at the P. Jurgenson Music School. In 1994, Anna entered Music College of Moscow, Tchaikovsky State Conservatory, where she studied with N. Dmitrieva. From 1998-2003, she studied at Moscow State Classical Academy with professor E. Finkelshtein. Since 1996, Anna has been a teacher at P. Jurgenson Music School. Her pupils have been laureates of numerous competitions, some of them awarded with scholarships. Since 2010, she has been a teacher at Moscow State University of Culture and Arts. During the years 2001-2010, she performed in the Moscow Guitar Duet together with Asya Selutina. As a member of Moscow Guitar Duet, Anna has received laureates in international competitions in Moscow and St. Petersburg. As a soloist, Anna Inozemceva is a prize-winner of the International guitar competition in Kiev, Ukraine (2008). Currently, Anna plays in a duet with Oleg Boyko (Chernihiv, Ukraine), and since 2012 she has been a member of the Russian Guitar Quartet (rgquartet.ru, Moscow, Russia). Anna’s piece, “Autumn Etude”, was awarded with the II prize at XII International Competition on the Best Guitar Miniature and Arrangement of Folk Music for Children’s Musical Schools “Seven Notes-Six Strings” (Belarus, Gomel – 2013). Also, she maintains several solo programs covering wide repertoire ranging from Baroque to Avant-Garde and Anna’s own compositions. In 2019, Anna recorded a CD entitled, “From Nowhere To Nowhere”, available on iTunes and including all compositions in this folio.https://www.onepointfm.com/de/annainozemceva